About Our Minor Eye Procedures

How Can We Help?

At Auker Eye Institute, we provide a wide range of minor eye procedures. Learn more about various minor procedures below. Contact us for a stye or chalazion evaluation here.

Chalazia can linger from a few weeks to several months. In the early stages, drops and heat packs may be helpful. In chronic cases, the chalazia can be removed by a simple in-office procedure in which Dr. Auker may drain it or inject a steroid to facilitate healing.

Pterygium is a growth of the conjunctiva onto the cornea, which appears as a whitish-yellowish bump or wedge-shaped growth. Although the cause is unknown, this condition is more common in people who work or spend a lot of time outdoors. However, pterygium is rare in children. 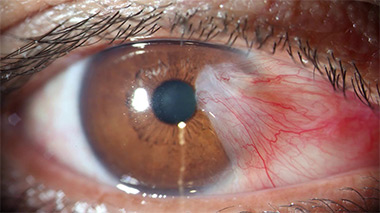 Pterygium is typically benign, and can cause pain, irritation, redness, scarring and decreased vision. Surgery is the only way to remove pterygium, especially if your vision is affected, if there is excessive discomfort and if it is cosmetically unsightly. However, there is a high rate of reoccurrence. The surgery is an outpatient procedure with local anesthesia.

Ptosis is a condition where the upper eyelid droop over the pupil blocking vision. Symptoms of ptosis include: 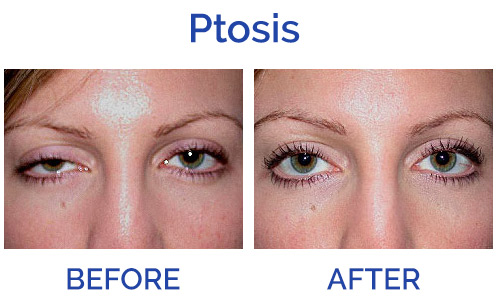 Ptosis is commonly caused when the levator muscle in the eyelid is stretched over time due to age. Some patients are simply born with droopy eyelids and are genetically predisposed to the condition.

The best treatment option for ptosis is usually eyelid lift surgery, which is designed to reattach the stretched muscle back to its normal location. Surgery is usually performed with local anesthesia which numbs the upper eyelid with the patient lighted sedated with oral or IV medications.

Entropion is the medical term used to describe a condition where the lower eyelid and eyelashes turn or roll inward, towards the eye. This causes the eyelid and its lashes to constantly rub against the cornea (the front part of the eye) and conjunctiva (the mucous membrane that protects the eye). 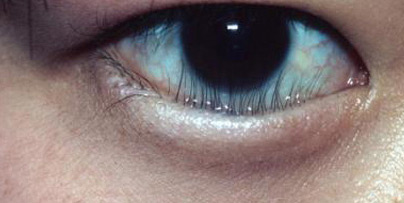 Some patients find relief by pulling the lower eyelid down with a piece of tape. Artificial tears can also help ease eye irritation. However, these treatments are only temporary. The most effective treatment for entropion is surgery where the eyelid and its attachments are tightened to restore normal positioning. There are a number of specific surgical techniques to successfully treat this condition but only an experienced ophthalmologist like Dr. Auker can determine what treatment is best for a particular patient. In addition, medications are often used to control inflammation or infection of the eyelids and to treat scars. Scar excision and tissue grafts are occasionally necessary as well.

Ectropion is the medical term used to describe a condition where the lower eyelid turns or rolls outward, exposing the inner surface of the eye. This condition interferes with normal distribution of tears on the eye surface, resulting in dry, painful eyes and chronic conjunctivitis.

Ectropion is usually caused by the weakening of the connective tissue of the eyelid, due to aging. It may also occur as a result of scar tissue or from facial nerve paralysis such as Bell’s Palsy. 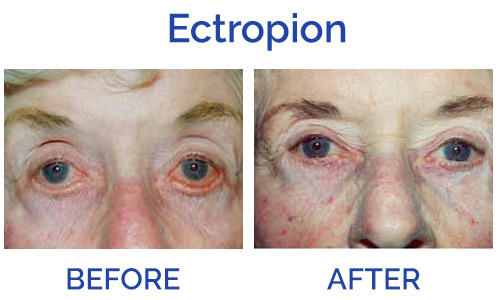 A lubricant such as artificial tears may provide relief from dryness. Surgery to tighten the muscles that hold the eyelids in place is usually effective and may be performed as outpatient surgery with local anesthetic. 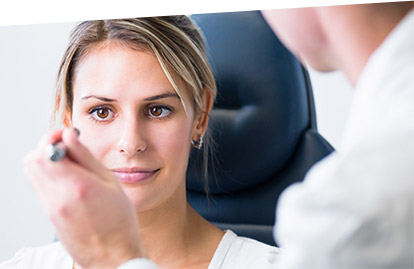